A villa surrounded by nature by Studio 4e, defined by its relationship with the landscape and by an enduring link with Arab-Sicilian culture, also expressed with the Traccia luxury marble divider.

In this work, nature and the relationship with the landscape play a fundamental role, with a rigorous, rationalist approach to the project and the freedom of expression typical of organic architecture.

The designers managed to highlight the relationship between the interior and exterior through a careful dialogue with pre-existing features typical of the Sicilian countryside, like the centuries-old carob tree, the guardian of the place’s memory, which was a fascinating element, the genius loci of this elegant restoration project.

Starting with an existing structure built in the ’80s but never finished, the architects worked by subtracting, returning the building to its essential elements.

The spaces were totally re-worked to meet the needs of the new owners, defining a new architectural image, starting with the search for an elegant visual balance between opacity and transparency. The architects thus created a new villa in minimalist style, highlighted by its compact volumes but enlivened by the dynamic design of new façades. The indoor spaces stand out for the extraordinary brightness of natural light. The living space on the ground floor, lit by a long wall with large sliding windows, ensures spatial continuity between the inside of the house and the portico, which becomes the natural continuation of the living space in Summer.

The materials used were carefully selected and evaluated for texture, form and evocative ability. For example, outdoors the base stands out for the timeless appeal of handmade terracotta in bronze shades, chosen for its opacity, which transmits an image of solidity and contrasts with the white plaster of the façades that enhance the pure geometry of the volumes and the interplay of Mediterranean light and shade. Inside the designers wanted to recreate the magic of a Mediterranean atmosphere, using the Traccia luxury marble divider. It is an elegant material wing in perforated marble, a memory of an ancient mashrabiya, a tribute to Arab-Sicilian culture that separates without dividing the living area and represents a strong link between tradition and modernity. 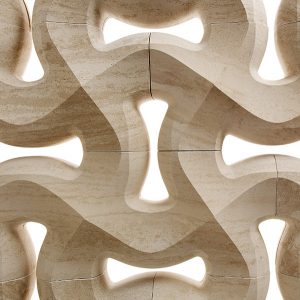 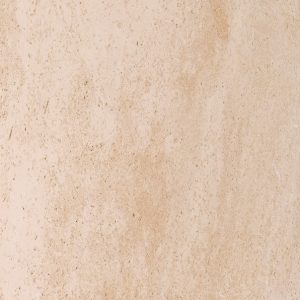