A marble-llous day off in Venice

As hard as it is to believe, 2017 is almost over. It’s time to sum it up but also to take a team break to recover the energy and motivation for these last working days of the year.
And that’s exactly what we did a couple of weeks ago when we enjoyed a formative day in Venice.
For us, this day off was a way to get together and do something fun and constructive at the same time, thus improving motivation and productivity, reducing stress.
We first visited Orsoni, the famous Venetian producer of hand-cut artisanal mosaics and probably one of the most famous and well-known companies in this sector. Orsoni focuses on innovation and provides designers with an extended offer of handmade decorative solutions. It’s internationally known for their particular design and ancient know-how, their important and special projects, their attention to detail and, of course, for their “Made in Italy” trademark.

One of the peculiarities of the company is that “Orsoni Furnace” is the only mosaic tile furnace still functioning in the historic centre of Venice. A traditional Italian factory that uses the same ancient production process as you may see visiting the production area where workers craft these beautiful tesserae. A productive method we enjoyed trying personally!

Worthy of attention is also the ‘Color Library’, a room where thousands of sheets of coloured mosaic glass tiles are catalogued in different tones; an endless combination of shades used all over the world. A very relaxing and suggestive place, difficult to leave.

Definitively a precious discovery of such a company so akin to us and of people creating this luxury Italian design. 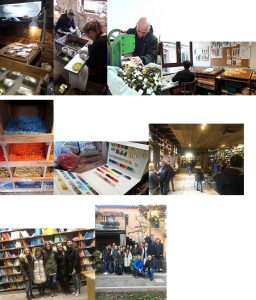 In the afternoon, we enjoyed the ‘Treasures from the wreck of the unbelievable‘ exhibition by artist Damien Hirst, taking place at Palazzo Grassi and Punta della Dogana, two contemporary art museums in Venice.

The story around the exhibition is fascinating. The artist’s project is based on a legend – of an ancient wreck and its impressive cargo, several artworks, belonging to a freed slave named Aulus Calidius Amotan – used by Hirst to validate his work. It’s a mythical expedient rather than a real history and the lie and the fable are slowly revealed to visitors giving them different clues through the several exhibition rooms.

With this project, Damien Hirst reflects on the concepts of truth, belief and art. As the British contemporary artist’s storytelling and visual creations proceed, you can notice that he’s thinking about what art represents today and which its value is. Through this exhibition, he elaborates a double thought about art as a unique and unrepeatable work versus art as an element you can reply how many times you need or wish, for example by a copy or mass production.

You can also observe that he’s playing with historical and mythological references, mixing together traditions with pop and contemporary cultures – you can unveil singer Rihanna’s or actress Sienna Miller’s faces from both an Egyptian-style and an ancient Greek-style statues or find connections between some Hirst’s works of art and those of some important artists of the past. Hirst proposes copies of classical works realized in a modern way. They are not really copies but re-elaborations and therefore artworks on their own. During the centuries the same concept of copy has changed. Indeed, in ancient times, works of art were copied as a sign of admiration and homage towards a particular example of artistic perfection.

Many of these works are made of marble and other ancient materials and have been carved out as a serial production and replicated on various scales, like a range of products created through mass production techniques. A concept that counterpoises elements worked by mass production – all similar to each other- and the material used to create them, especially whether they’re made of marble or other natural stone as their finishes might marginally diverge even if they come from the same slab. And if you think of the incredible number of creations or their impressive sizes, you can easily notice artisans’ technical abilities in creating them, paying specific attention to details.

The artist’s reflection begins at Punta della Dogana with the entrance phrase “Somewhere between lies and truth lies the truth” and ends at Palazzo Grassi with the sculpture of two malachite hands joined in prayer position. A closing invitation or an act of faith towards art Hirst suggests visitors as his personal answer.

Leaving the show Hirst makes us ask some questions.

What is art? Is it in the art of creating or copying? Which is the border between copying and reworking starting from something already existing?

How important is it to recognize what is true, surrounding ourselves with it?

Are we really able to distinguish what is true and what is false? 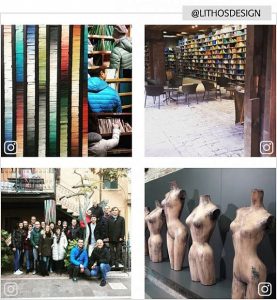 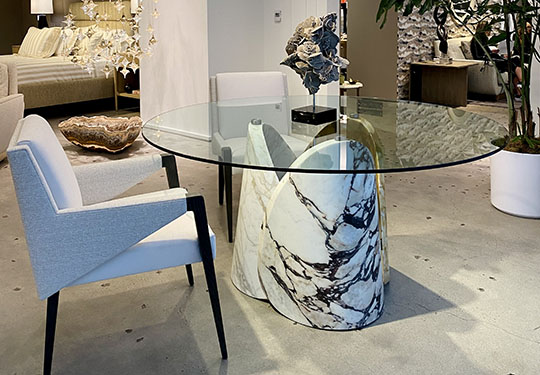 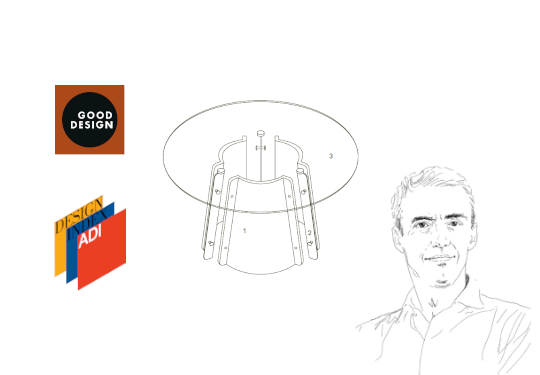 A talk with the Designer: A double win for Elitra marble table 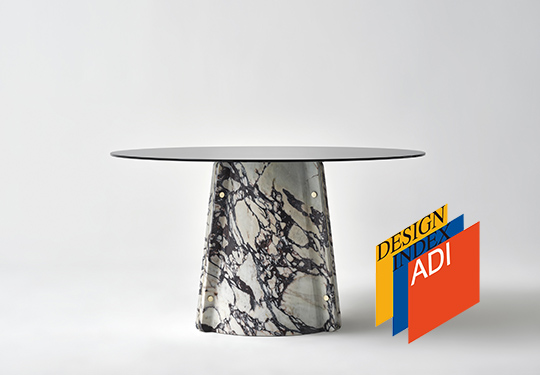 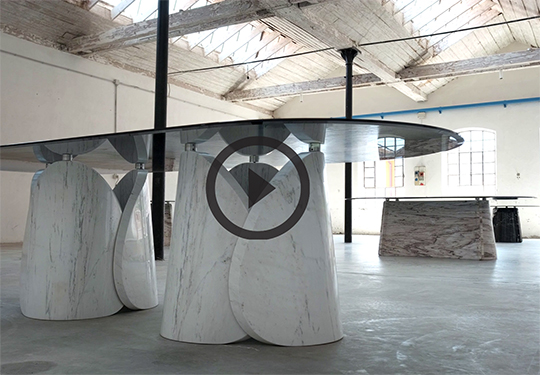